Two new addition Star Wars MagicBands have been revealed, bringing the total for the year to six new Star Wars bands! Thanks again to Orlando Attractions Magazine for the scoop.

They depict a Stormtropper from the Empire side and what looks to be Luke (or some other fighter) for the Red Squadron from the Rebel Alliance. When these come out I will definitely have more details for you.

Edit: These are are out on May 4th in Hollywood Studios only and are Open Edition. They cost $19.95 each. 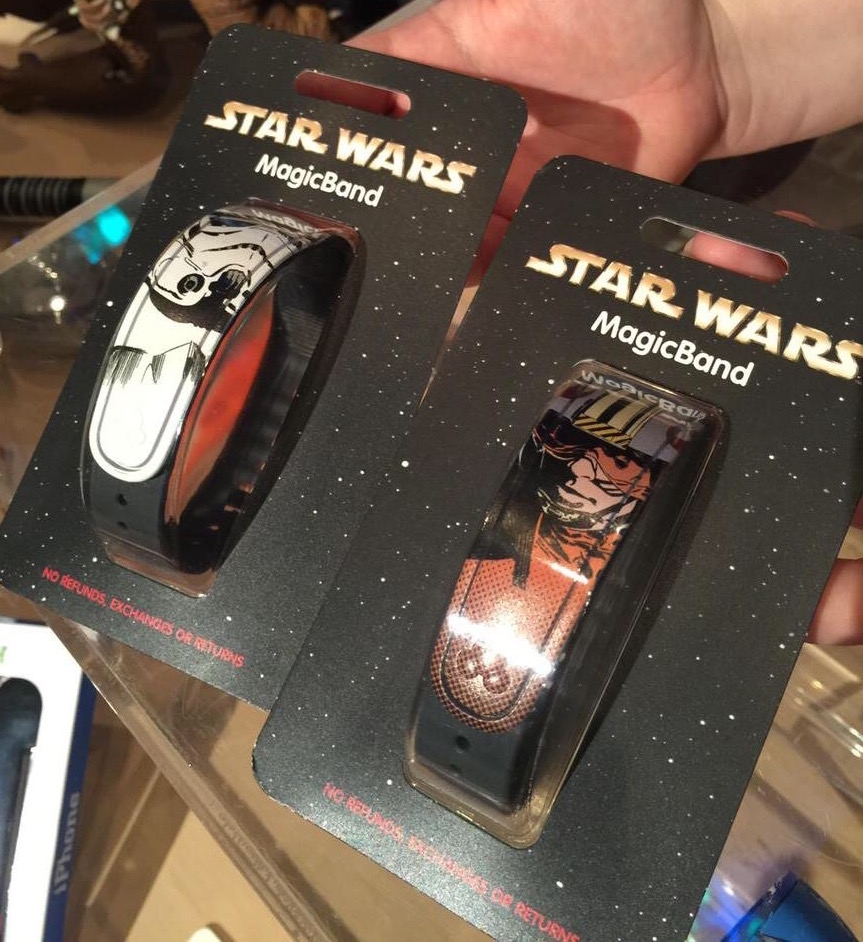 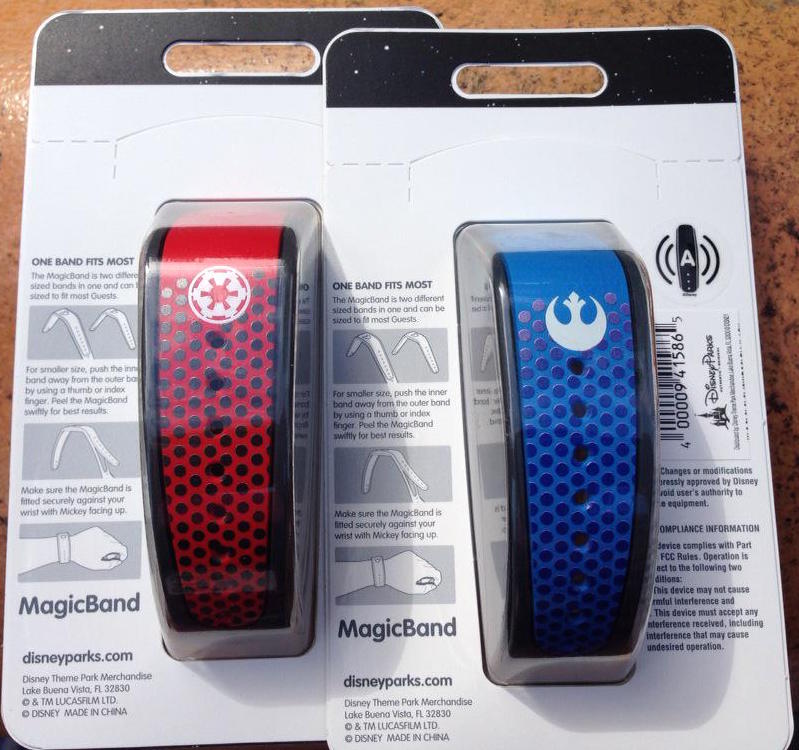 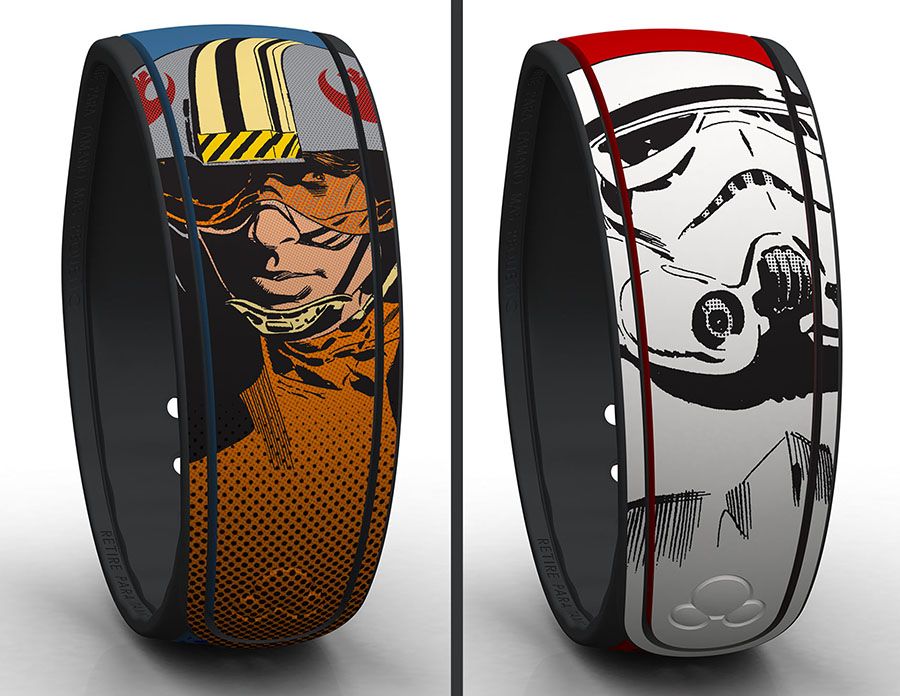 The Red Squadron from the Rebel Alliance (Luke) band is blue and the Stormtroppers is red. Here’s a closer picture:

Also, if you haven’t noticed, these MagicBands come in new Star Wars specific packaging that match the new packing for the Star Wars MagicBandits I wrote about in April.

And just to recap, the other four being released this year include two Galactic Gathering event exclusives, which are lightsabers, and two specifically for Star Wars Weekends, which are Mickey and Donald Jedi.