With the addition of more and more Open Edition MagicBands being released on the MyMagic+ shelves across Walt Disney World lately, a problem has begun to pop up. The issue is that many of the new graphic MagicBands, the Stitch band being the best example, look identical to solid colored bands hanging right next to them, due to the way MagicBands are positioned in the current box design.

To give you a better idea of what I am talking about, take a look at these two pictures. Which one is Stitch and which one is solid red? At first glance you’d never know the difference and just pass on by not knowing that maybe your favorite character was up there: 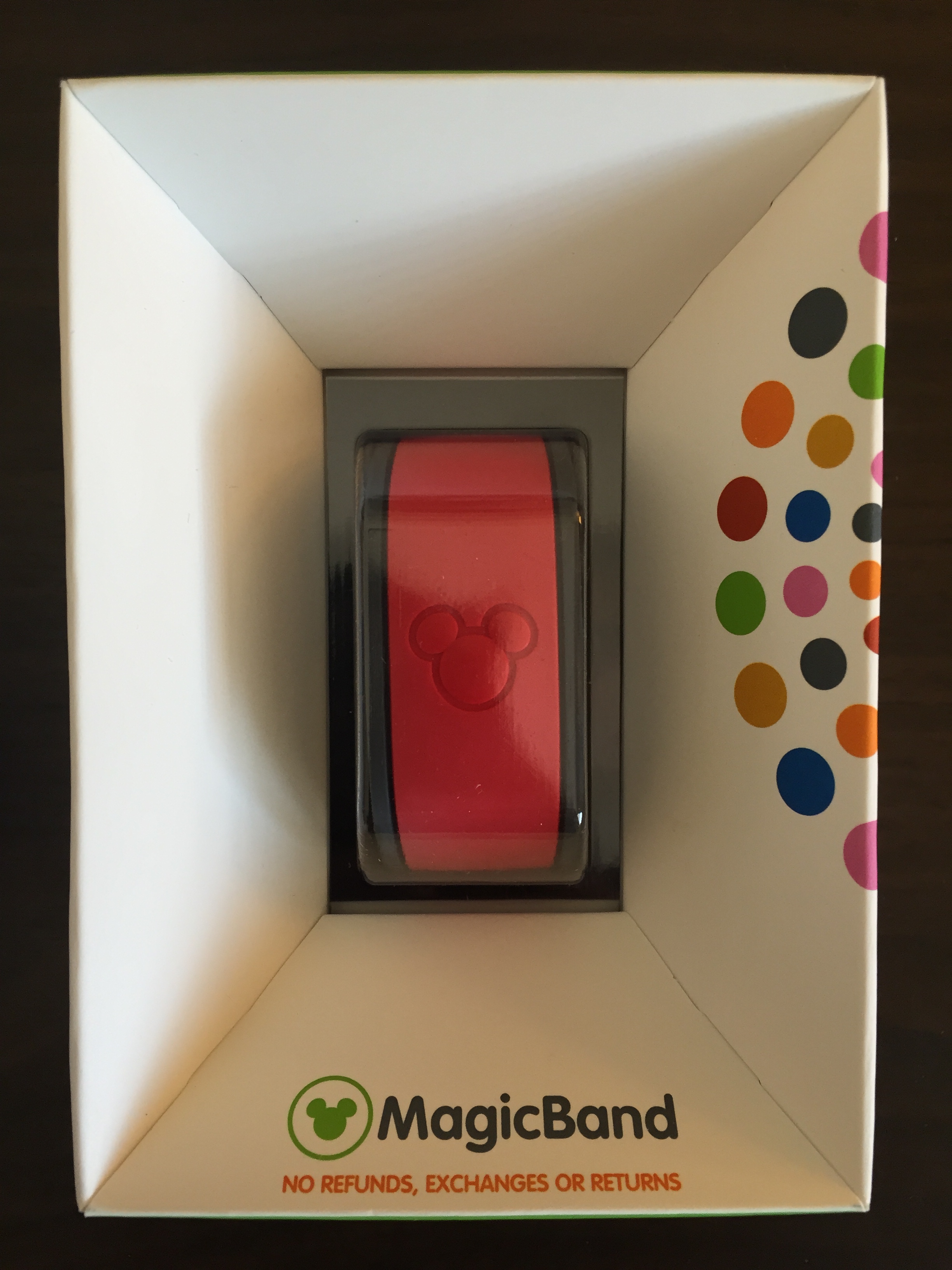 In case you weren’t able to figure it out, Stitch is on the left and the solid red is on the right. Now here’s the back. More clear isn’t it? 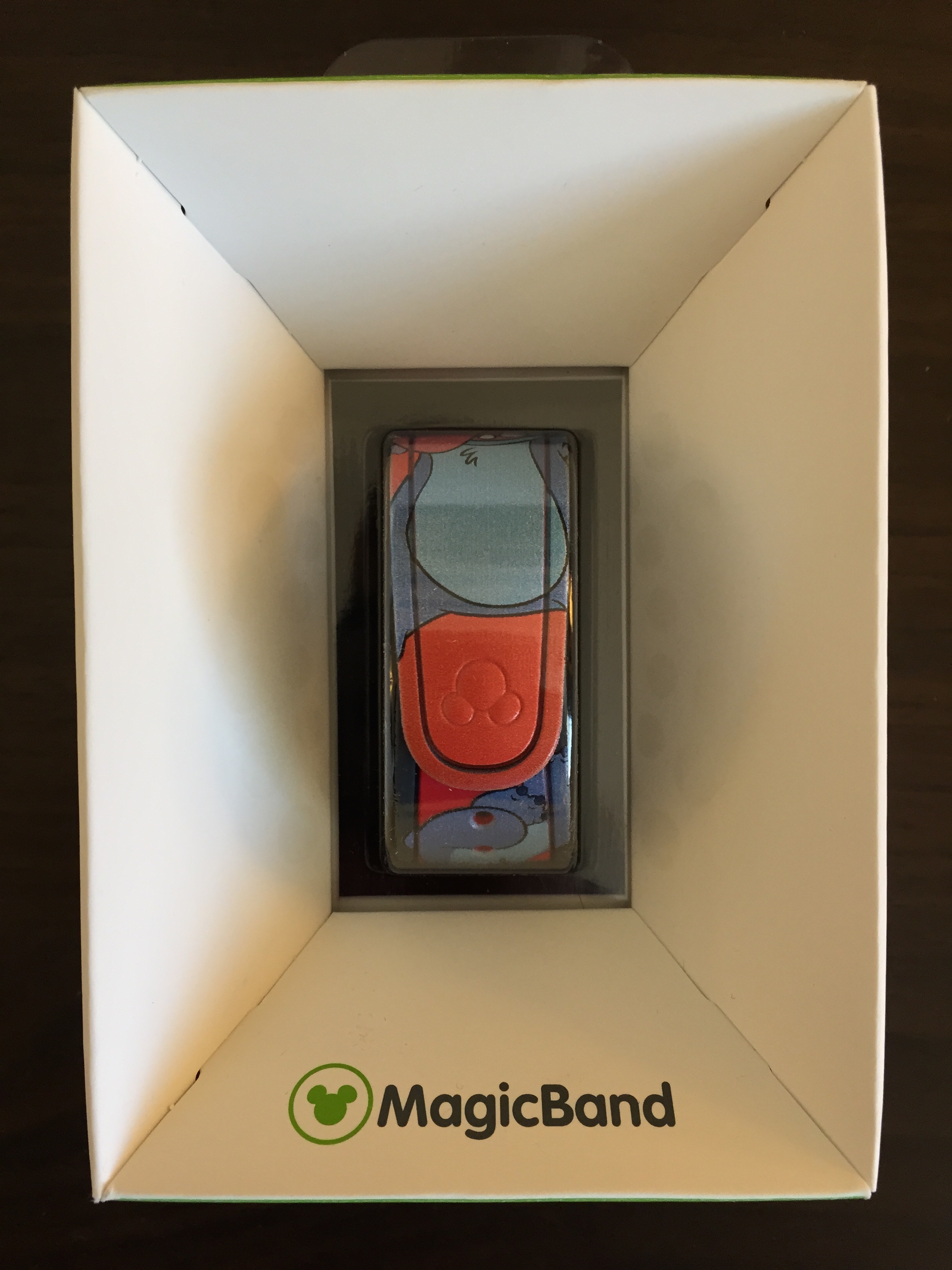 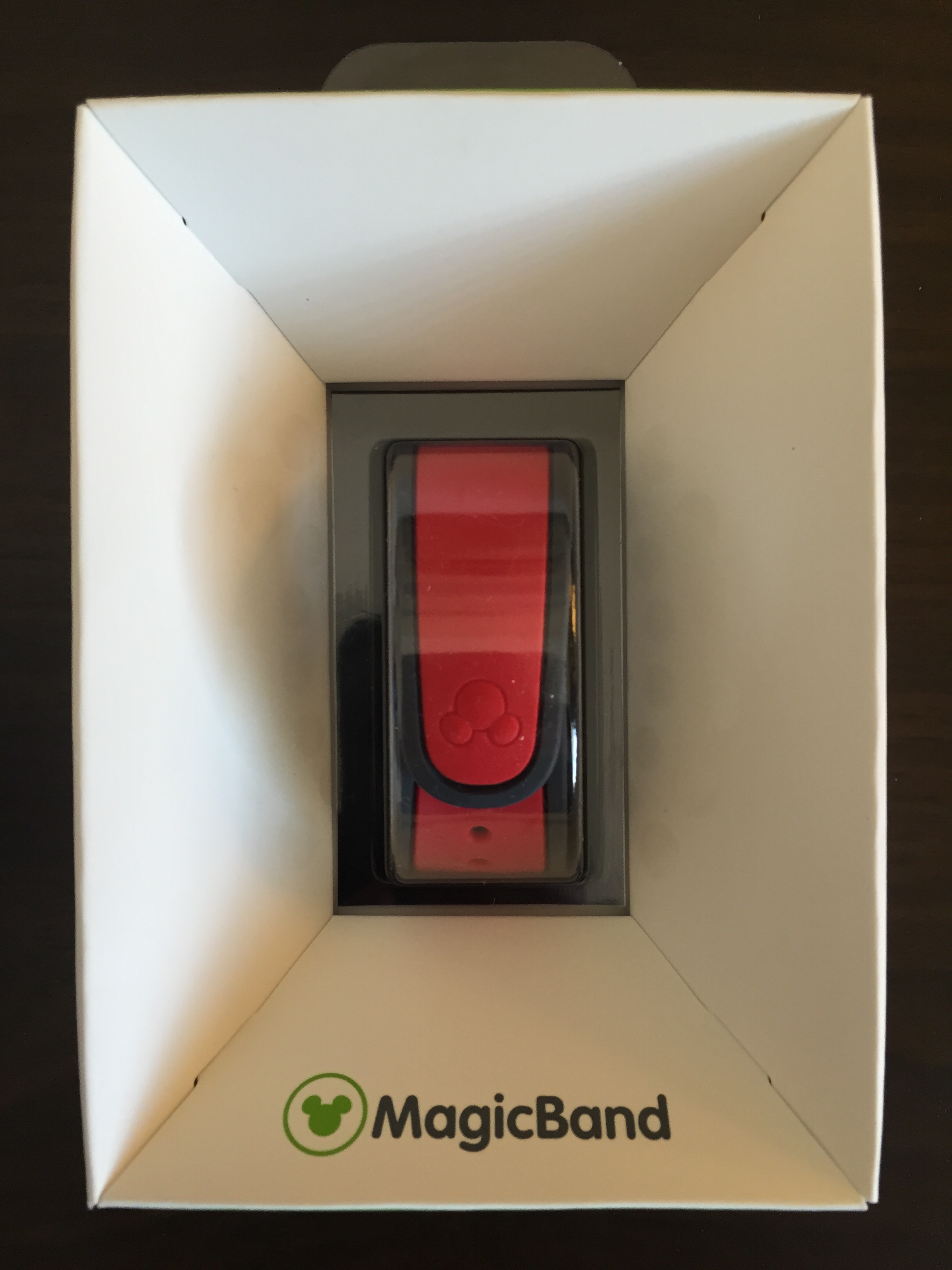 Kinda… but it still doesn’t give you a full clear idea of what is on the graphic band. In fact, that doesn’t really look like Stitch at all, does it?

I’ve run into this issue personally, as well as another guest I saw at Epcot today who was confused as to where the Sorcerer Mickey and Stitch bands were. And that’s a problem. In fact, I’ve actually seen these boxes hanging on the shelves backwards at the gift shops in the Swan & Dolphin hotels just to get guests to notice the new designs so they’ll purchase them!

Another issue is that the current packaging is frustrating to open. Where exactly do you open the box? After buying many MagicBands for this site, I’ve finally figured out how to get them in and out and back in again with no damage to the box, but it took me quite a while to perfect the new skill I had taught myself. I’ve personally witnessed Cast Members tearing and ripping open the boxes, very forcefully I might add, at The Darkroom in Hollywood Studios, in order to get to the band. Which is a good segue and brings me to my next point…

The current box design makes it difficult for Cast Members to link bands (or do Link It Later, which still requires band activation at purchase). Often they are struggling with their bulky modified iPhones to touch the sensor to the Mickey head properly. I have seen this struggle at countless locations throughout Walt Disney World, including when I bought two new bands today. Sometimes Cast even have to get a new box to try again, or they just rip the box open so they can tap the Mickey head directly.

If Disney really wants these MagicBands to sell well and make the guest experience in purchasing these items easier, they need to change the packaging immediately. There are hints of a packaging change that we first saw back in Fall 2014 that could help: 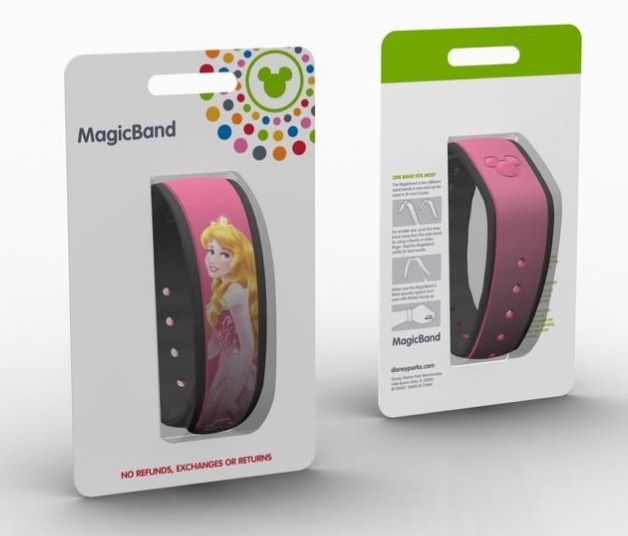 From what I understand from my source, this design “is just a concept and has not gone to production and probably will not at least until 2015”. Regardless, the concept is a better one than what we currently have, with a few flaws.

The question on my mind is if Disney is listening or knows this? Is this packaging real? And when is it coming? Hopefully in early 2015 sometime.

If you have insider info about this and can give me any extra details, I’d love to know. E-mail me at eapartnersllc@icloud.com.