After many rumors, Disney Parks Blog announced today three new Open Edition MagicBands coming out at the end of August (starting August 21st) at $19.95 each! These bands will be themed to the theme parks of Epcot, Hollywood Studios, and Animal Kingdom. Figment appears on the Epcot MagicBand, which is a much requested character, but unfortunately he’s not appearing on a purple MagicBand as many of us had hoped.

Grab that Hollywood Studio band while you can… rumor has it that the name of the theme park will change in the next few years as a major revamp of that theme park is about to be announced at the D23 Expo.

Here’s a preview of what the bands will look like: 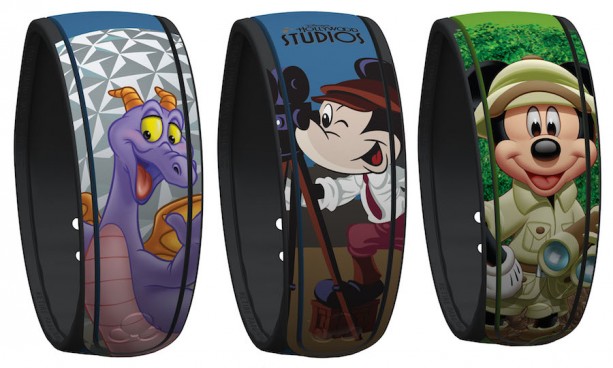