The My Disney Experience website, where guests can manage their MagicBands, PhotoPass, reservations, tickets, and more, just released a nice little update that now displays the graphics of your MagicBands that have been linked to your account! Gone are the days of seeing tons of solid-colored bands. You can now see which bands are which a lot easier with this new update. I heard this was coming well over a year ago, but since it took so long to happen I thought it had been scrapped.

What’s really impressive to me is that they’ve even included promotional MagicBand graphics, including some really rare ones like the Mike & Mike band, the 2013 Management Meeting band, and the Seven Dwarves Mine Train Band. They even have Disney Cruise Line bands showing up! That shocks me because you can’t even attach them into the system for park use (yet) and the only way I have them on my account is through a Cast Member friend.

Curiously, it looks like On Demand MagicBands currently aren’t showing a picture at all and there is no way to deactivate them as far as I can tell. The only linkable band (that I know of) that I can’t seem to find an image of on the site is the 2015 Board of Directors band, which I don’t personally own. Also, the image of the yellow Dreamer’s Academy MagicBand doesn’t appear to be in high quality for some reason.

As a side note, these new graphics do not yet appear in the mobile apps. So only the website for now.

Here’s a look at what I’m seeing in my account. What do you see in yours? 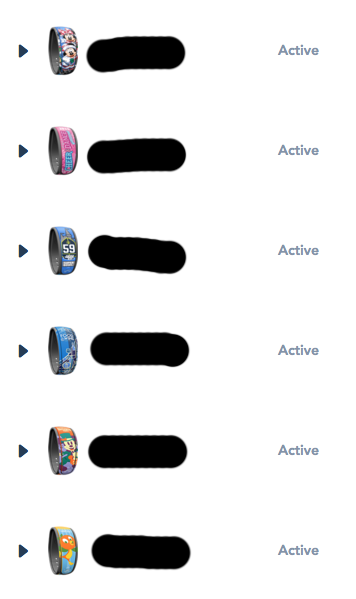 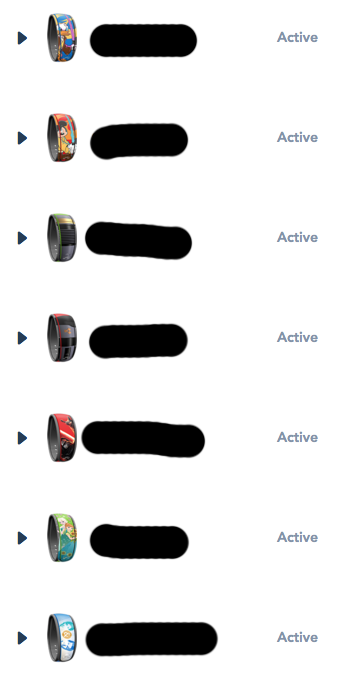