The Magic Kingdom’s 45th Anniversary is coming soon, and to celebrate it Disney is releasing a ton of themed merchandise. According to the Disney Parks Blog, one of the new items is a Limited Edition 4500 themed MagicBand. The item will be released “on October 1 at the Emporium” in the Magic Kingdom. No word yet if it will be sold elsewhere, such as on the Shop Disney Parks mobile app.

Because these bands are Limited Edition and exclusive to the Magic Kingdom, they should make special lights and sounds at both entry and FastPass+ touch points within the Magic Kingdom. I hope to have more details on these special effects around Oct. 1st, 2016. 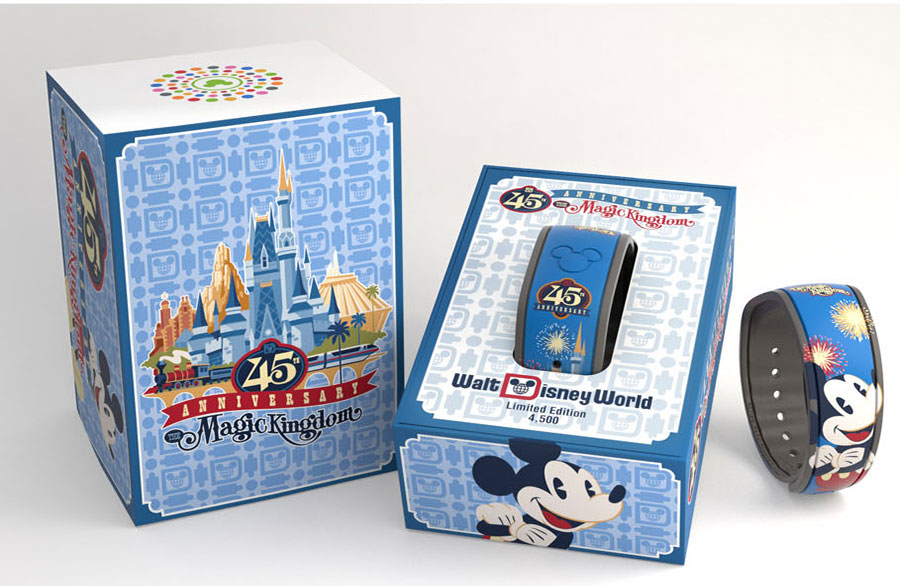