The Disney Parks Blog today revealed that two new MagicBands coming to the 2017 Mickey’s Not So Scary Halloween Party, both with new attributes never before seen with MagicBands.

The first one is the standard Limited Edition band that Disney has come out with every year since 2013, each year having a new design. This year they’ve upped the amount of bands produced back to 4000, most likely because the MagicBand box will smell like chocolate and the band itself will glow in the dark, which will really make these a desired item for 2017. They may also make special effect lights and sounds at touch points. They will be available at the first hard-ticket event party on August 25th, 2017, and the price has increased to $39.99 (up from $32.99 for Limited Editions usually) most likely due to the special extras this band has. 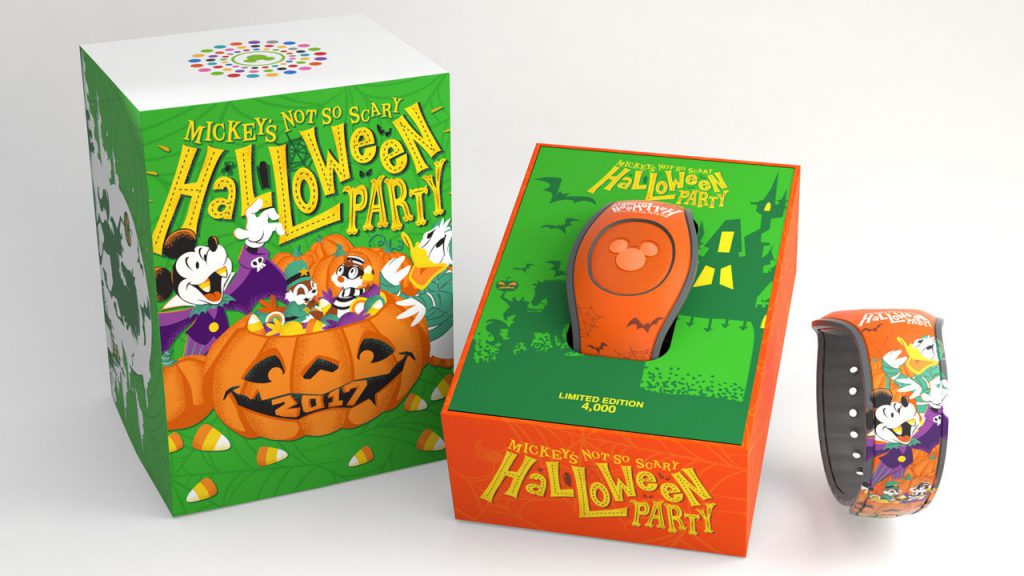 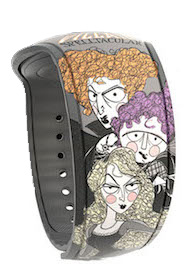