In early September 2015 the Disney Parks Blog put out a special invite and contest to win free tickets to the opening of the annual Mickey’s Not-So-Scary Halloween Party! paid ticketed event, which took place September 15th, 2015. At the meet-up inside of the park, special Disney Parks Blog MagicBands were given out as gifts to event winners/attendees. The graphic band features Orange Bird on a yellow base color. There were approximately 150-200 guests who received one of these bands each.

Disney has since also given these away on the Disney Parks Blog to 350 additional people who e-mailed in on September 28th, 2015, and 400 more people at the Zootopia early movie screening on February 28th, 2016.

These bands are not listed as Limited Release or Limited Edition on the back and they do not make lights and sounds at FP+ touch points. They did not come in a special box. 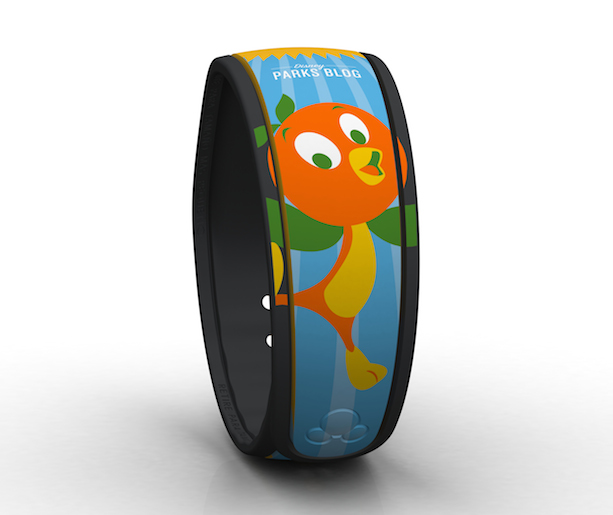