The origin-story Star Wars movie titled Solo: A Star Wars Story received an Open Edition MagicBand on April 13th, 2018. This band is “live action” and features the real actor playing a character on the band, rather than graphic depictions, as was done with Rogue One. This band features Chewbacca and Alden Ehrenreich as young Han Solo on a gray band. The price was $22.99 with a barcode SKU of 400020782373. This band came in it’s own themed packaging and is the first non-Limited Edition band to appear this way. 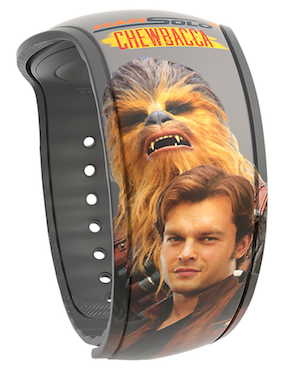 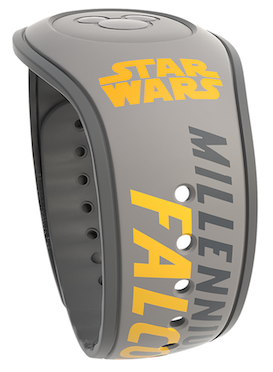 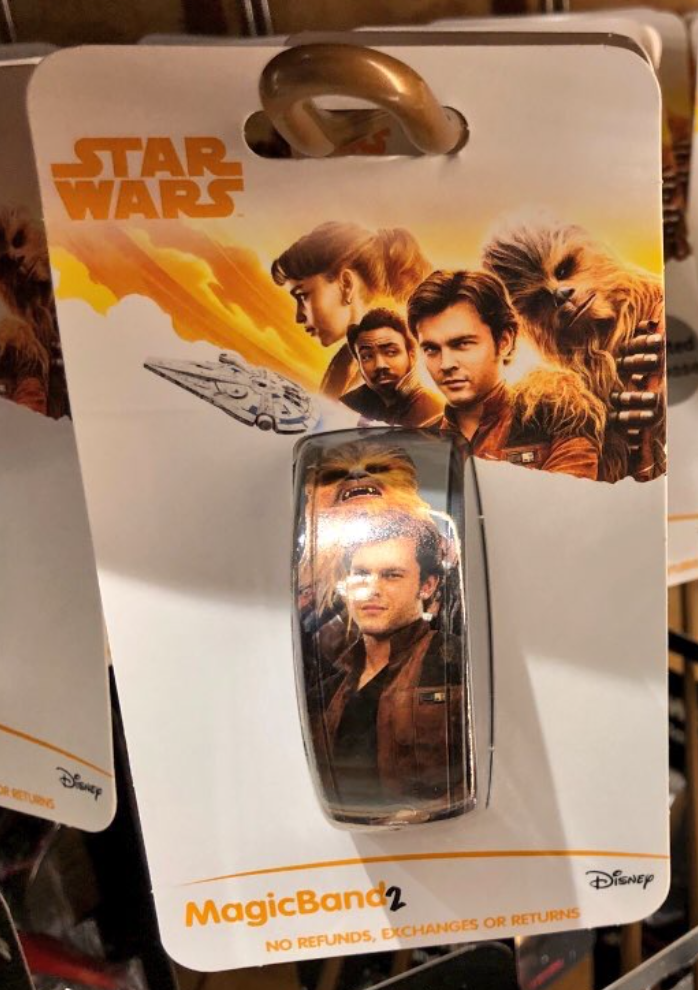