On January 26th, 2016 Disney announced a bunch of new merchandise to celebrate the 25th anniversary of the Disney Vacation Club and four new Limited Edition MagicBands were included in that announcement (you must be a DVC member to see the announcement). The new design of the band and box celebrates the 25th anniversary of Disney Vacation Club and is available in 4 different colors: purple, blue, red and pink. Each box is themed to the color of the band, so there is four unique boxes as well.

Because the bands are Limited Edition, they display special lights and a “Welcome Home!” sound at entry touch points that have the sound turned on. You didn’t have to be a DVC Member to purchase one of these bands online, but you did in person, and there is a limit of two per person per color. They cost $32.99 each and are limited to 2500 per color.

There are 3 easy ways to purchase:

Disney’s merchandise SKU barcode for these are: 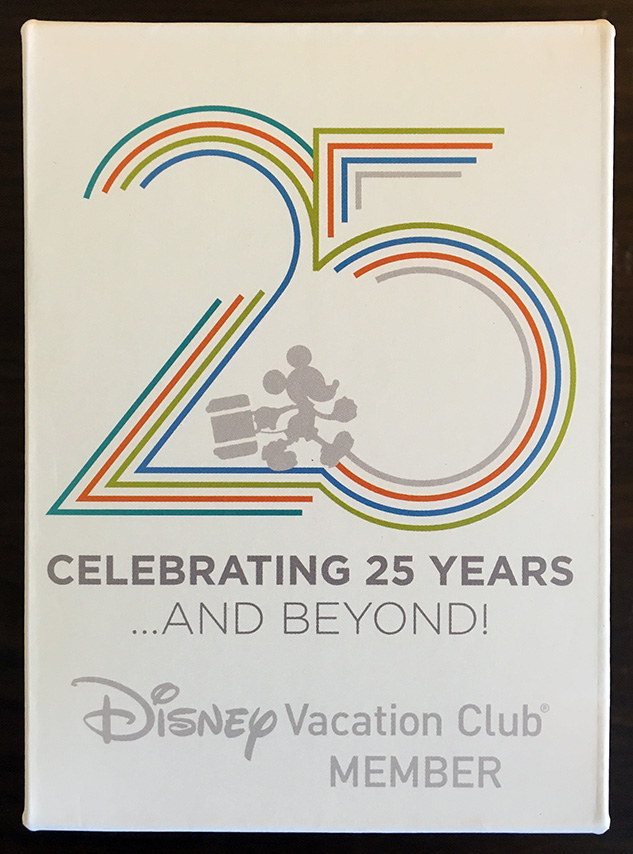 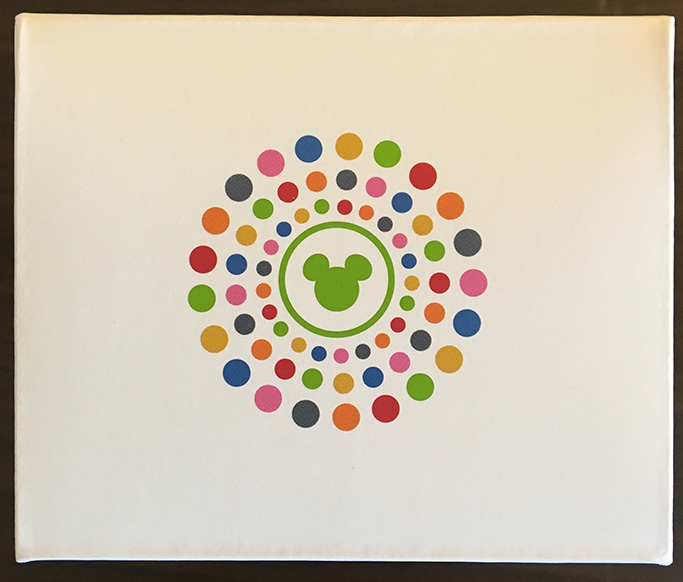 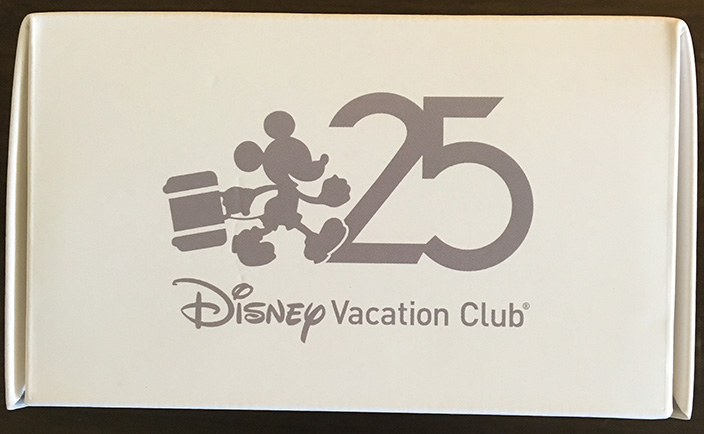 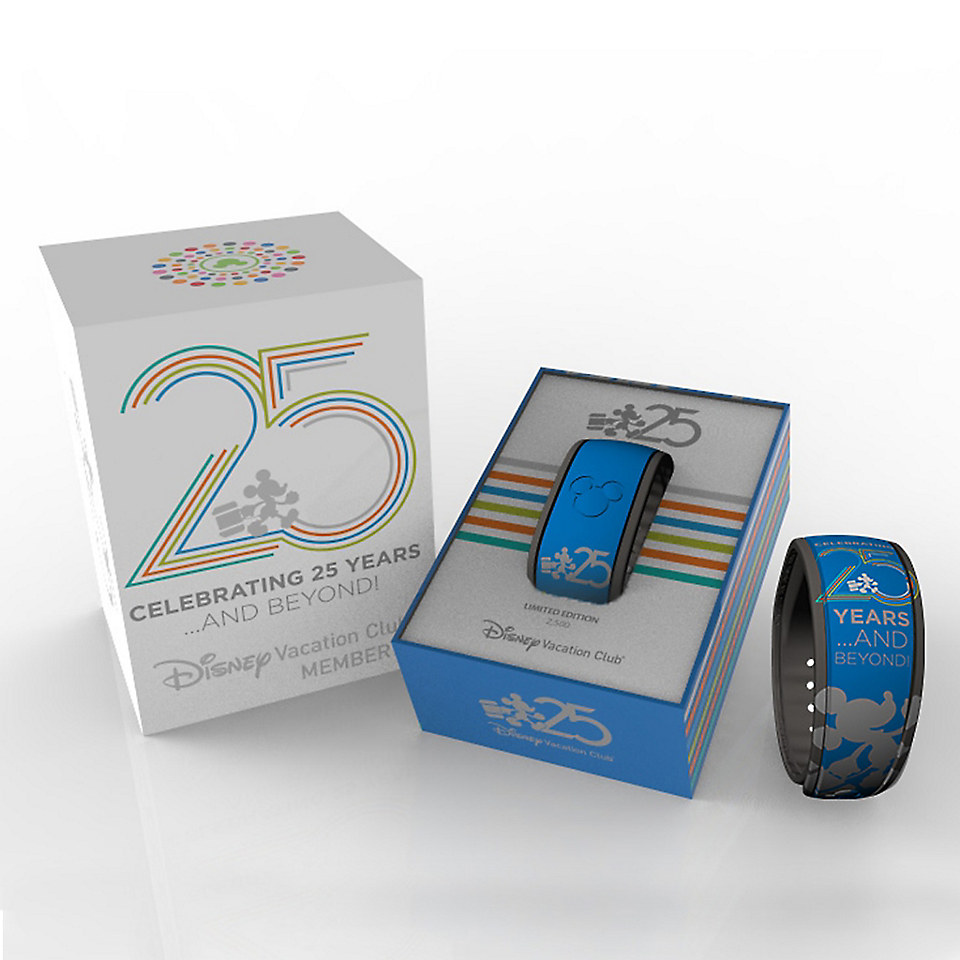 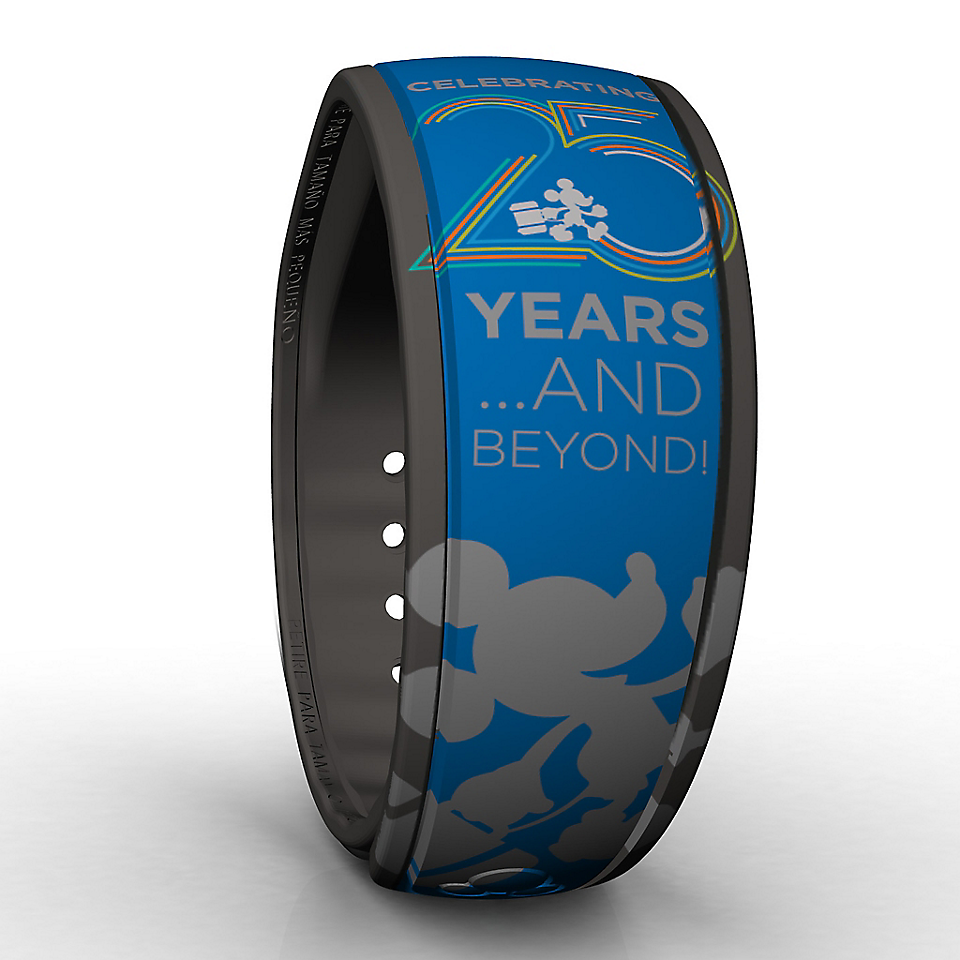 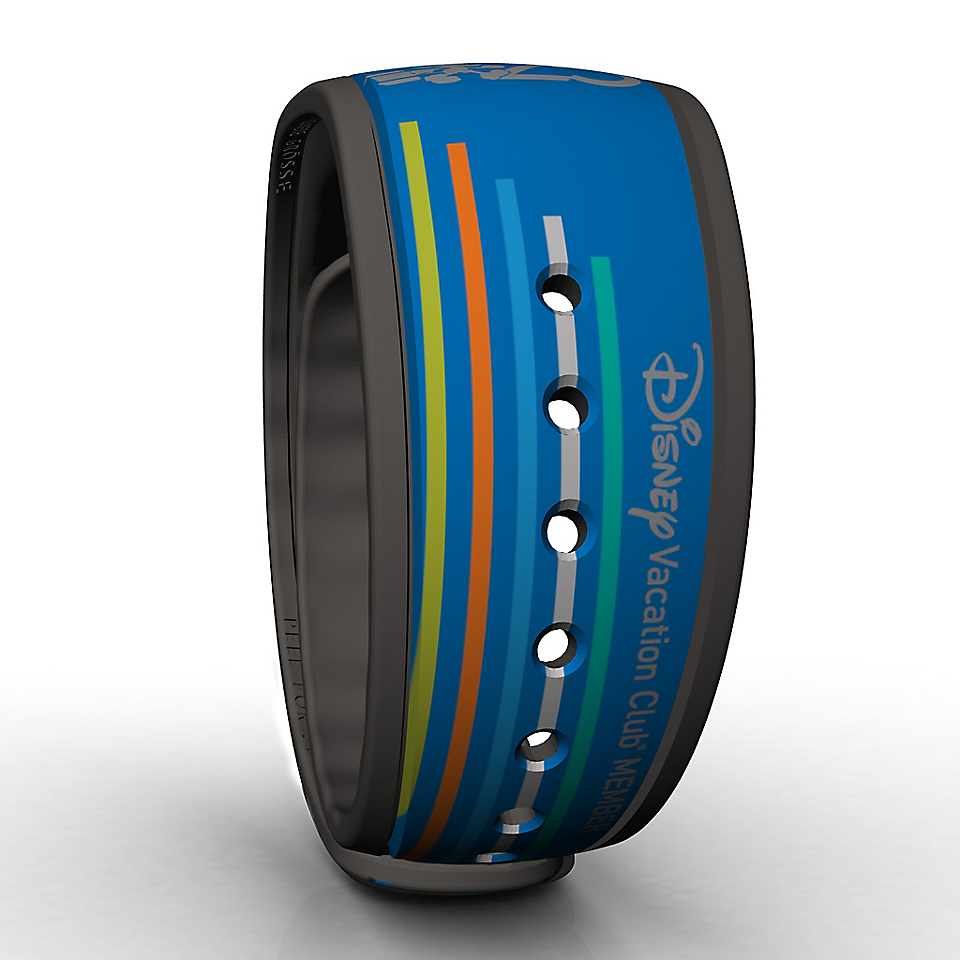 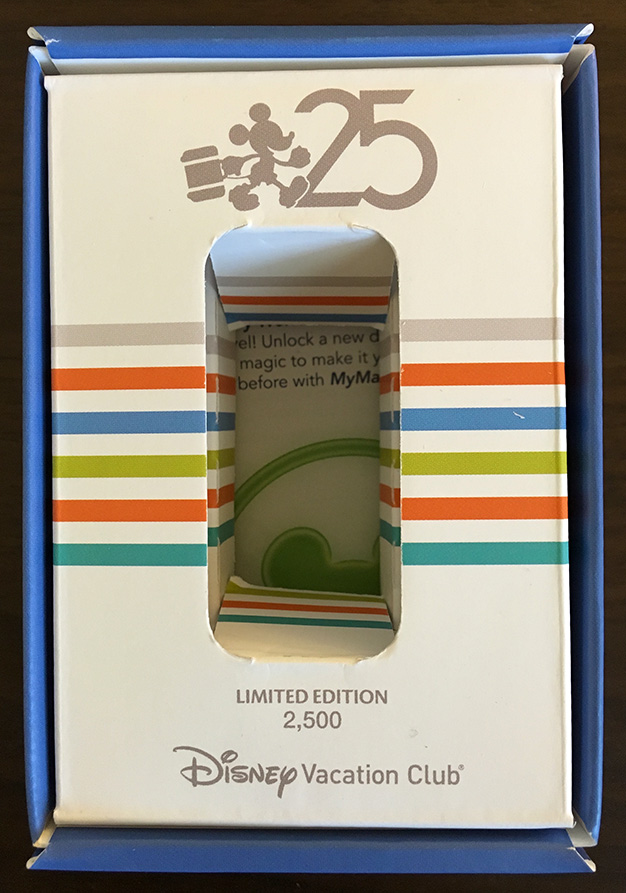 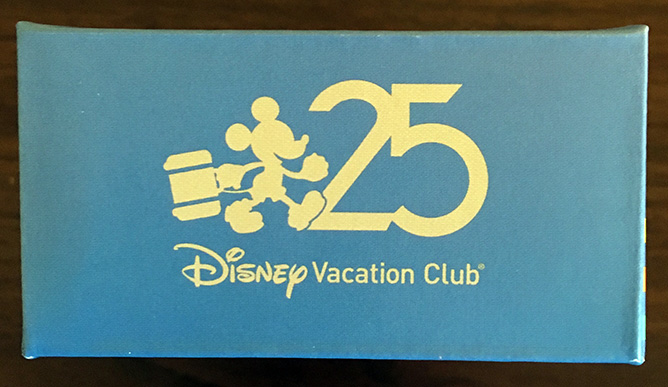 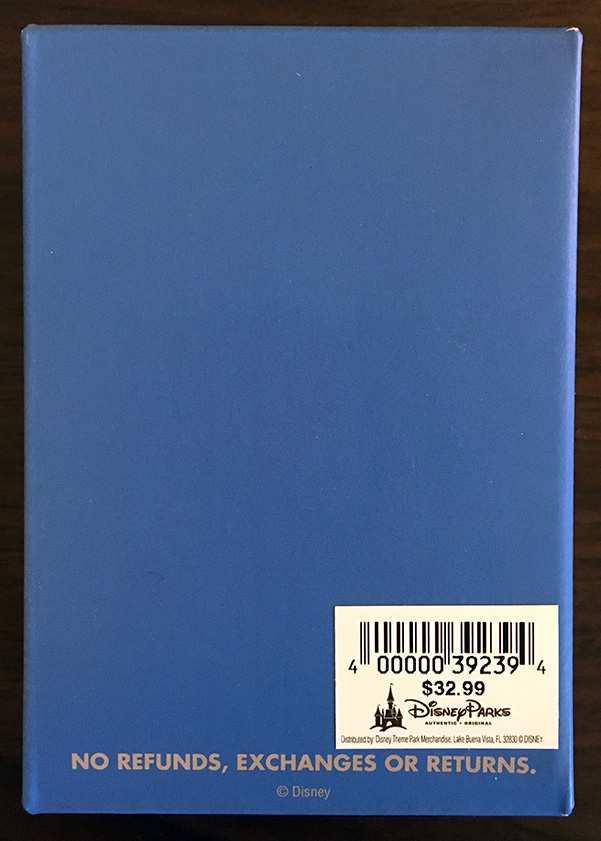 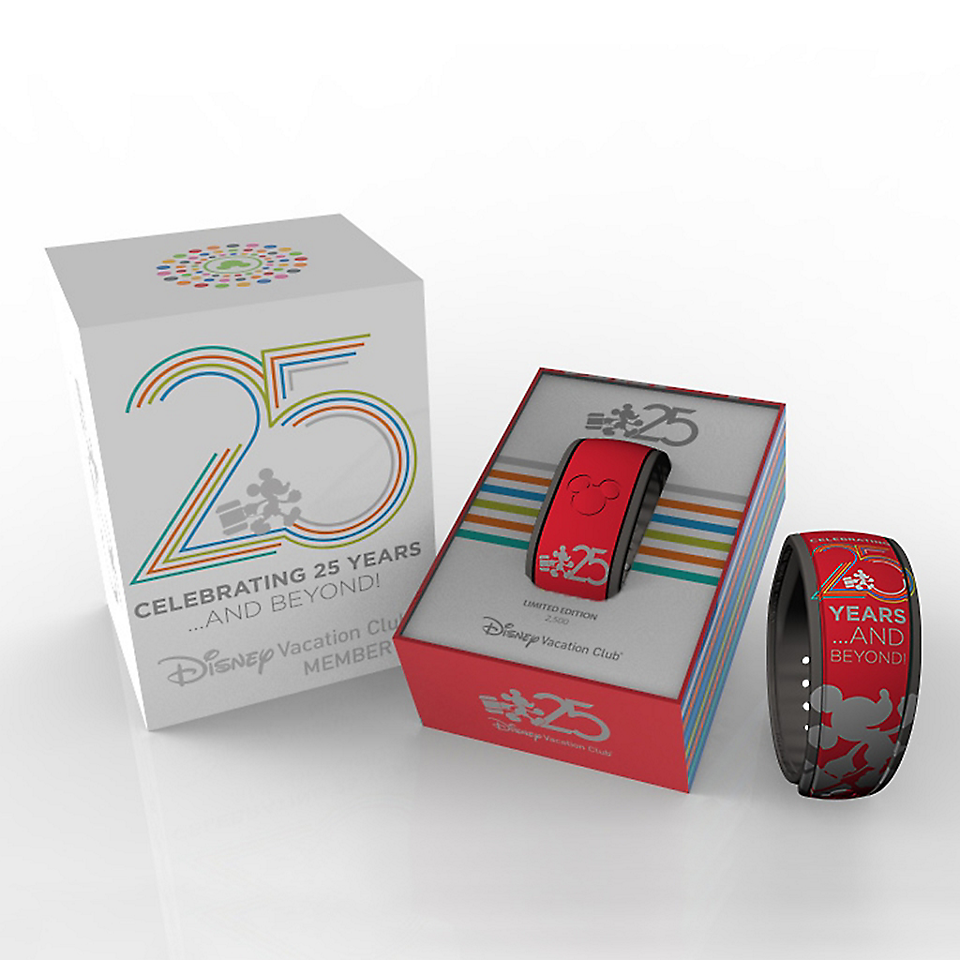 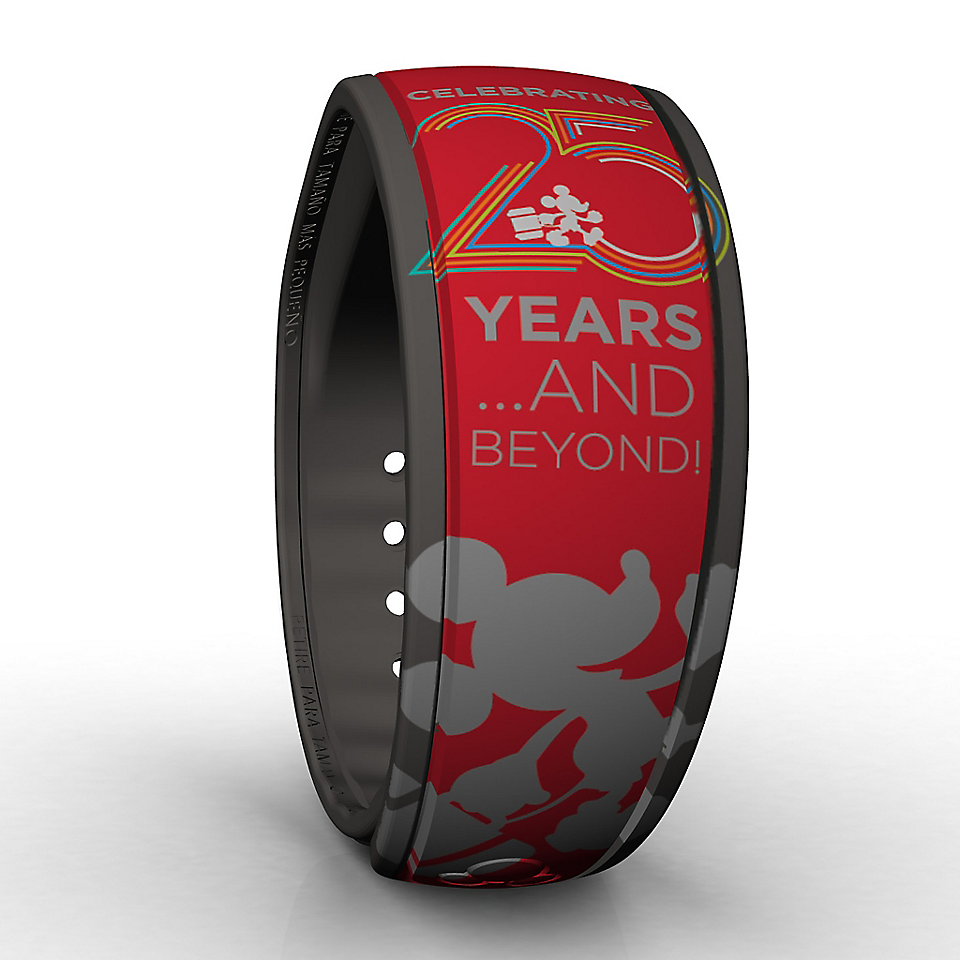 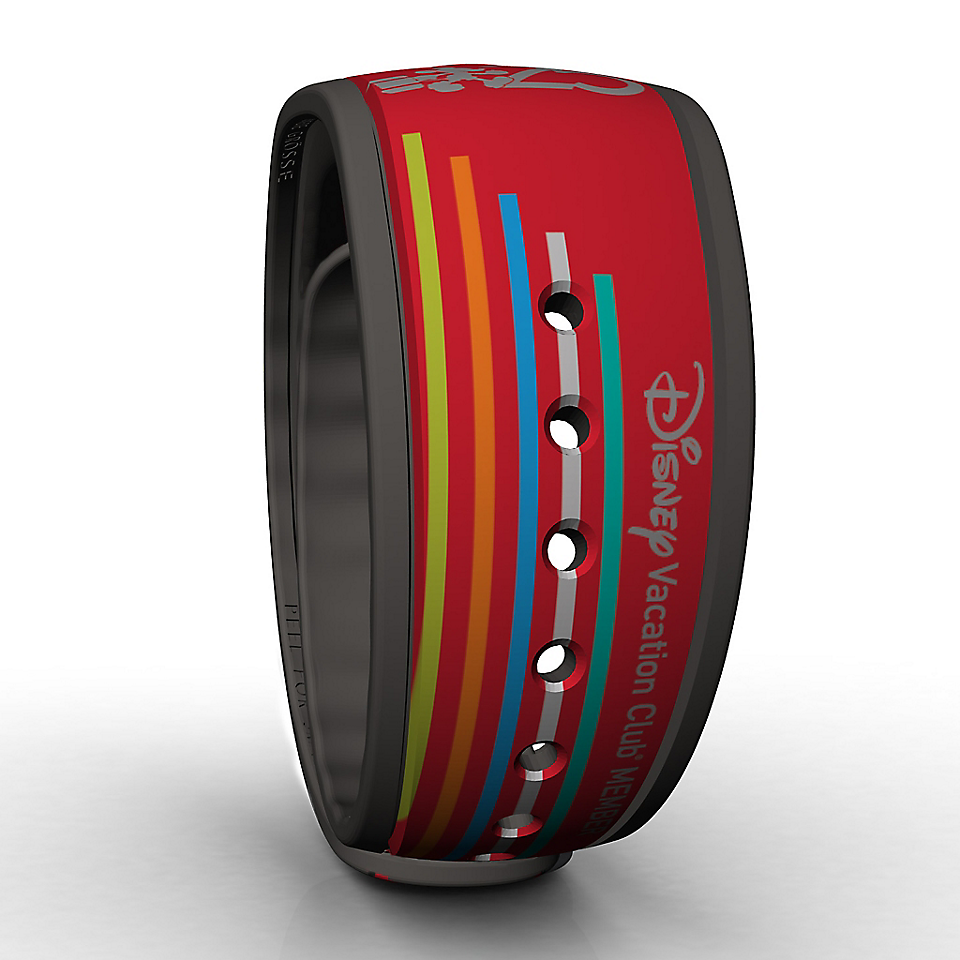 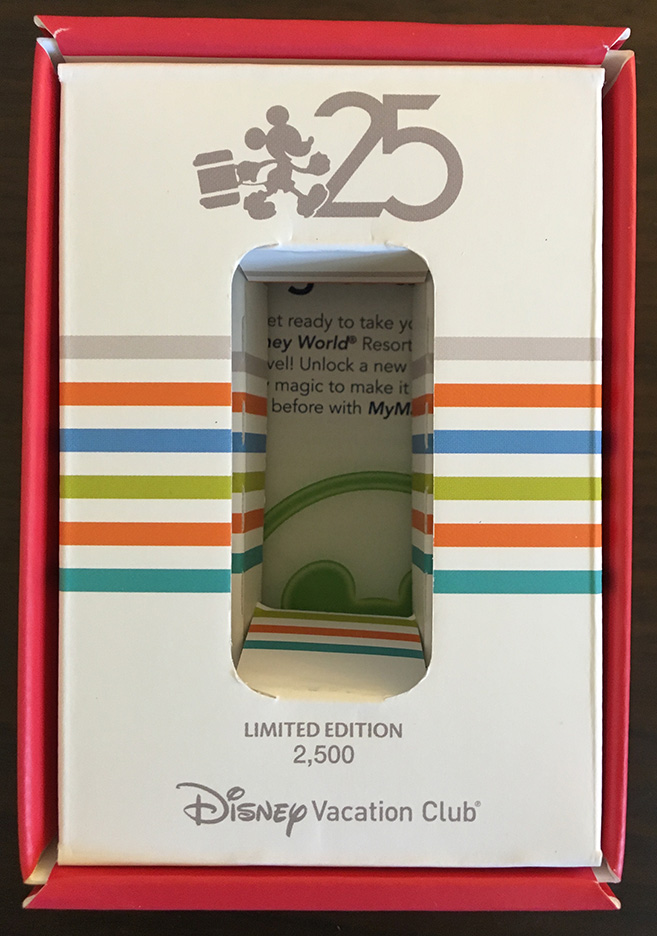 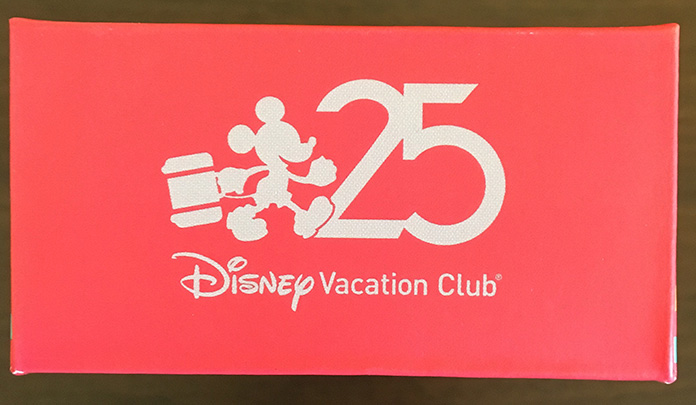 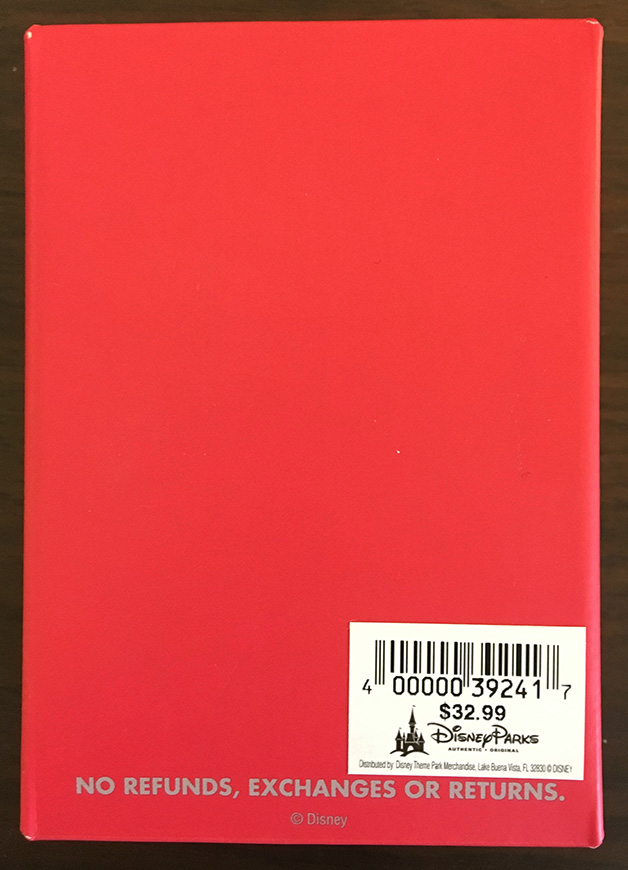 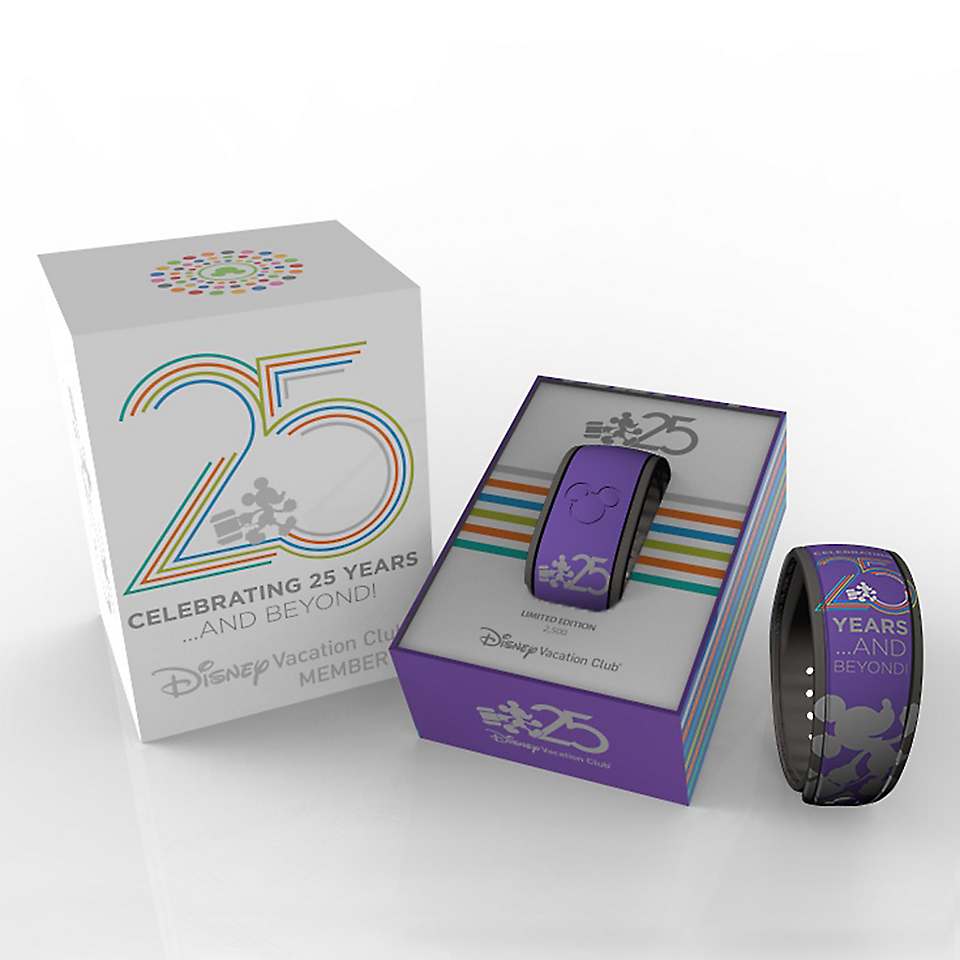 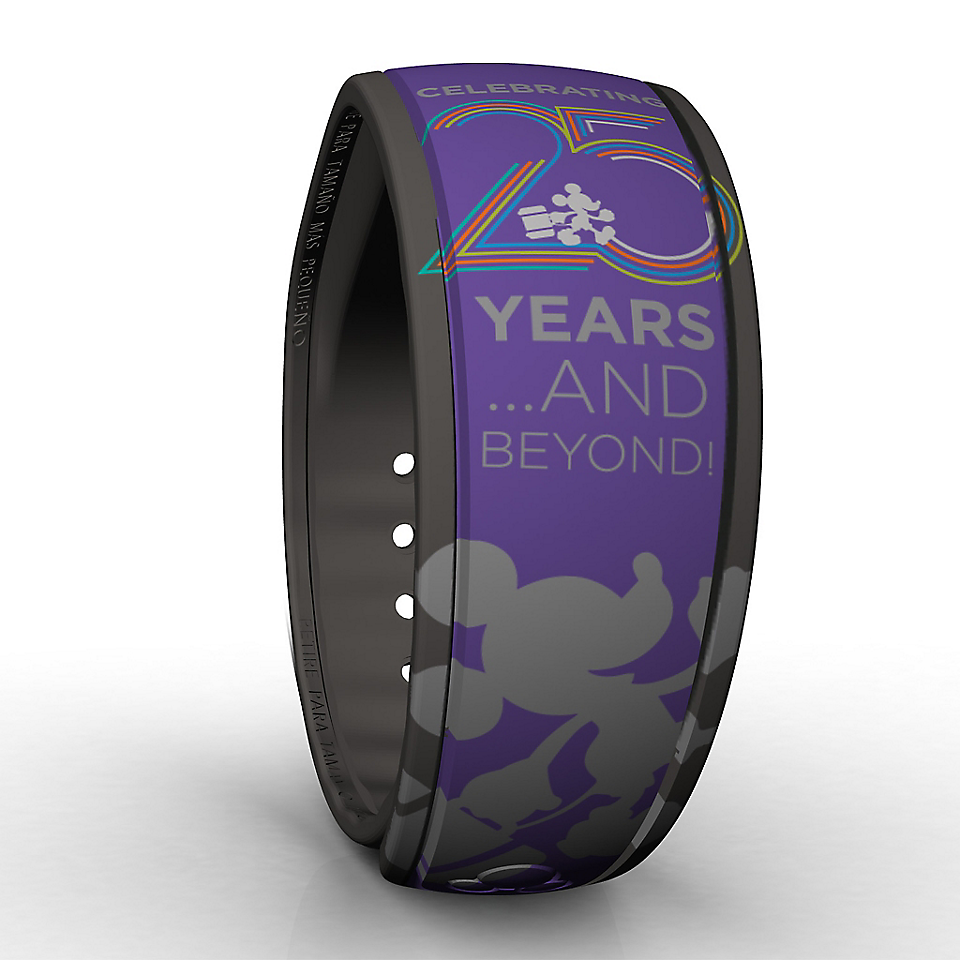 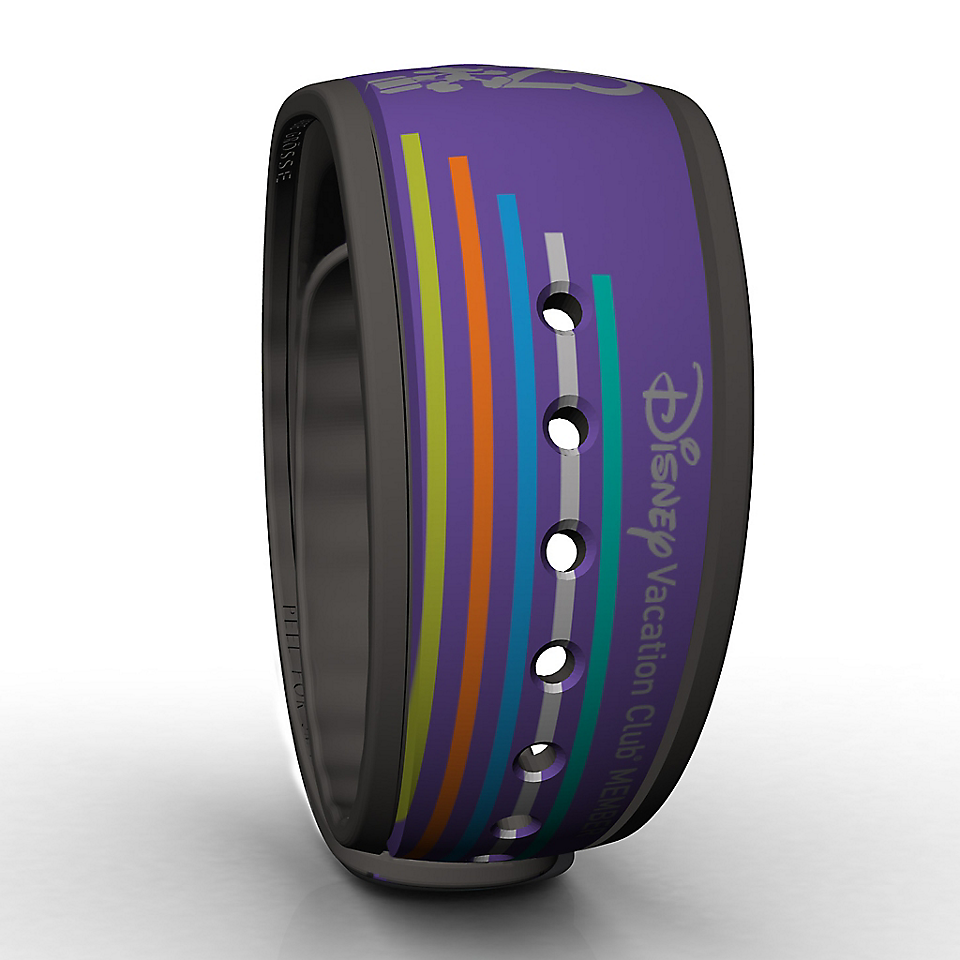 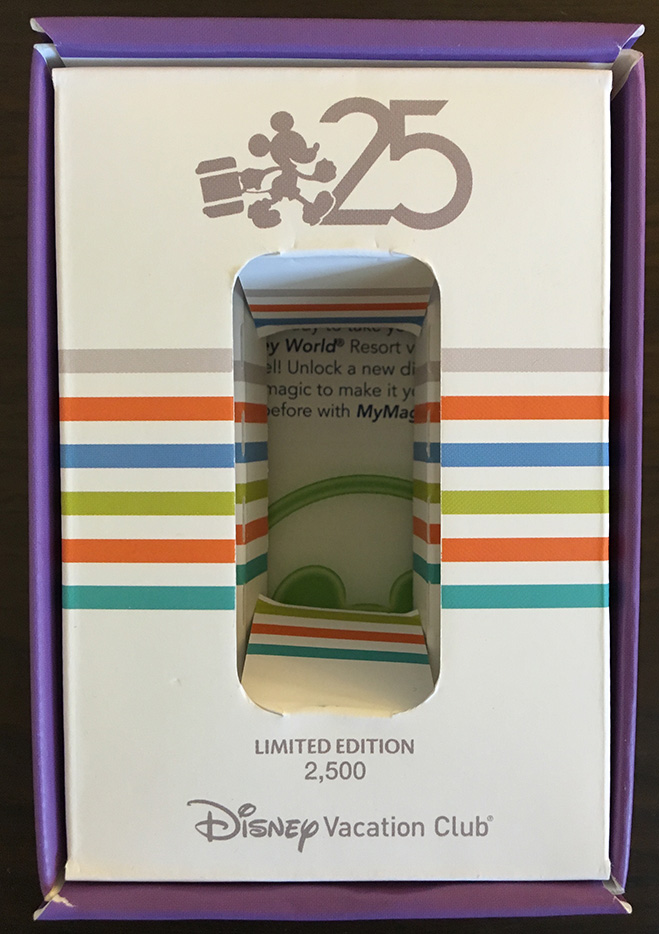 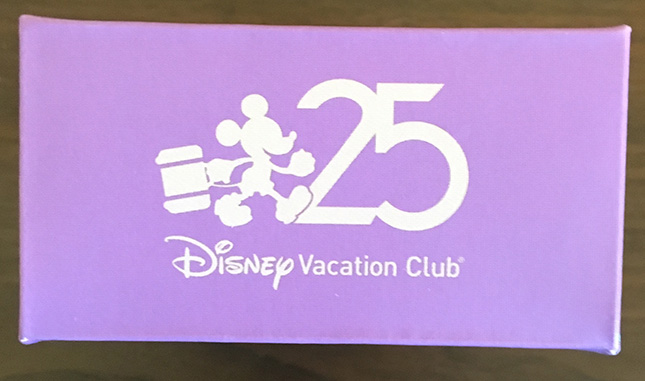 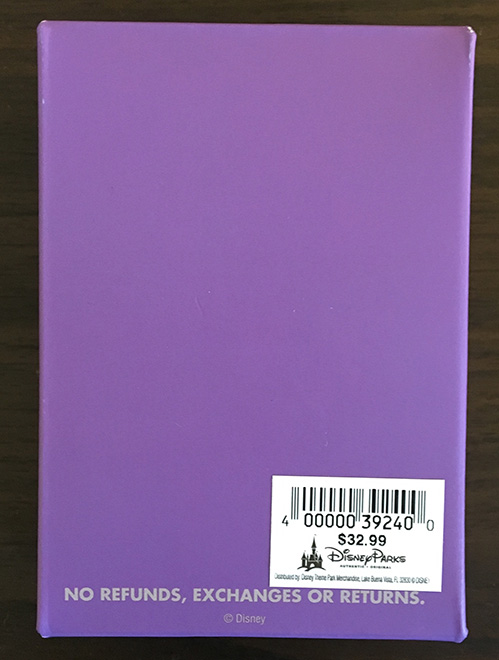 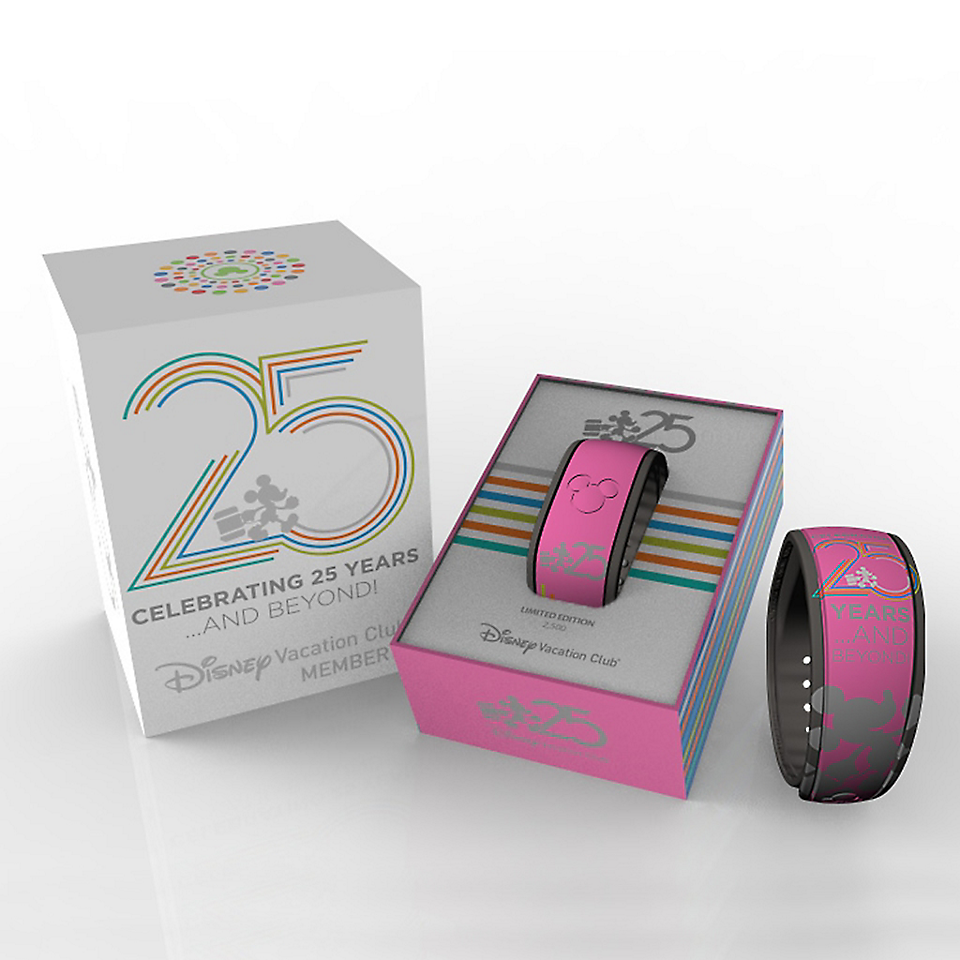 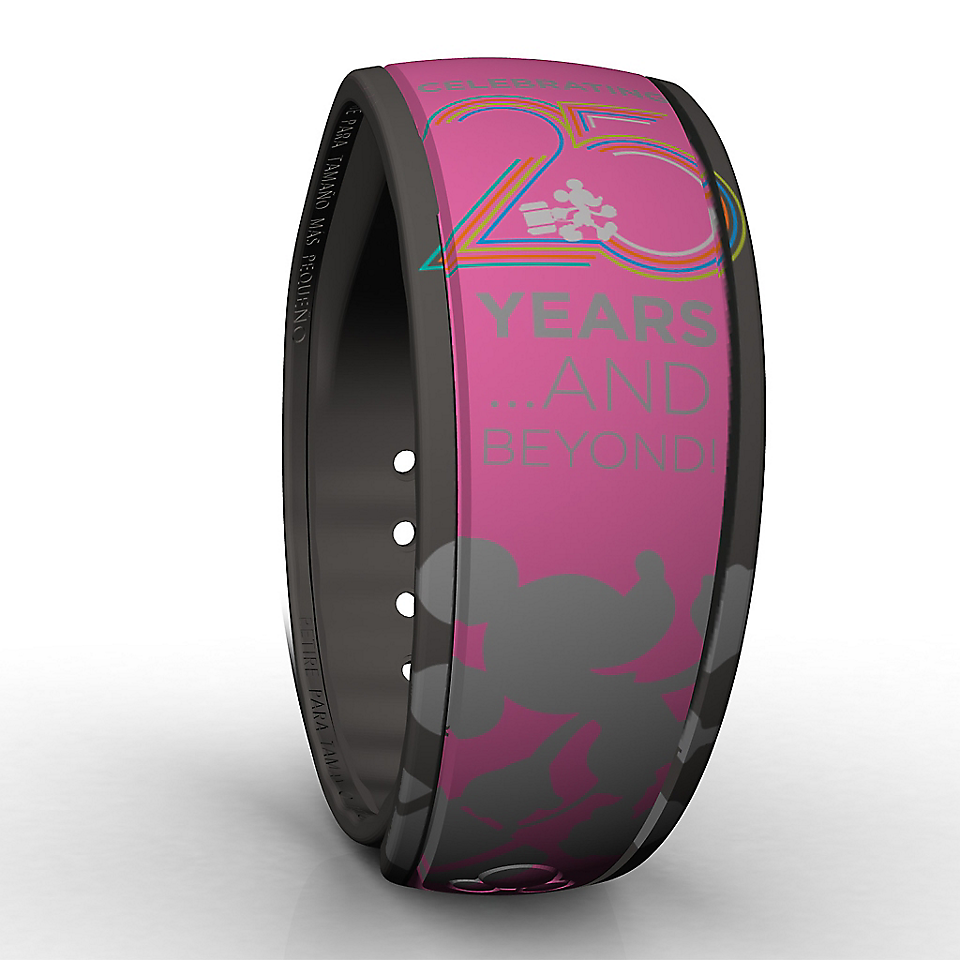 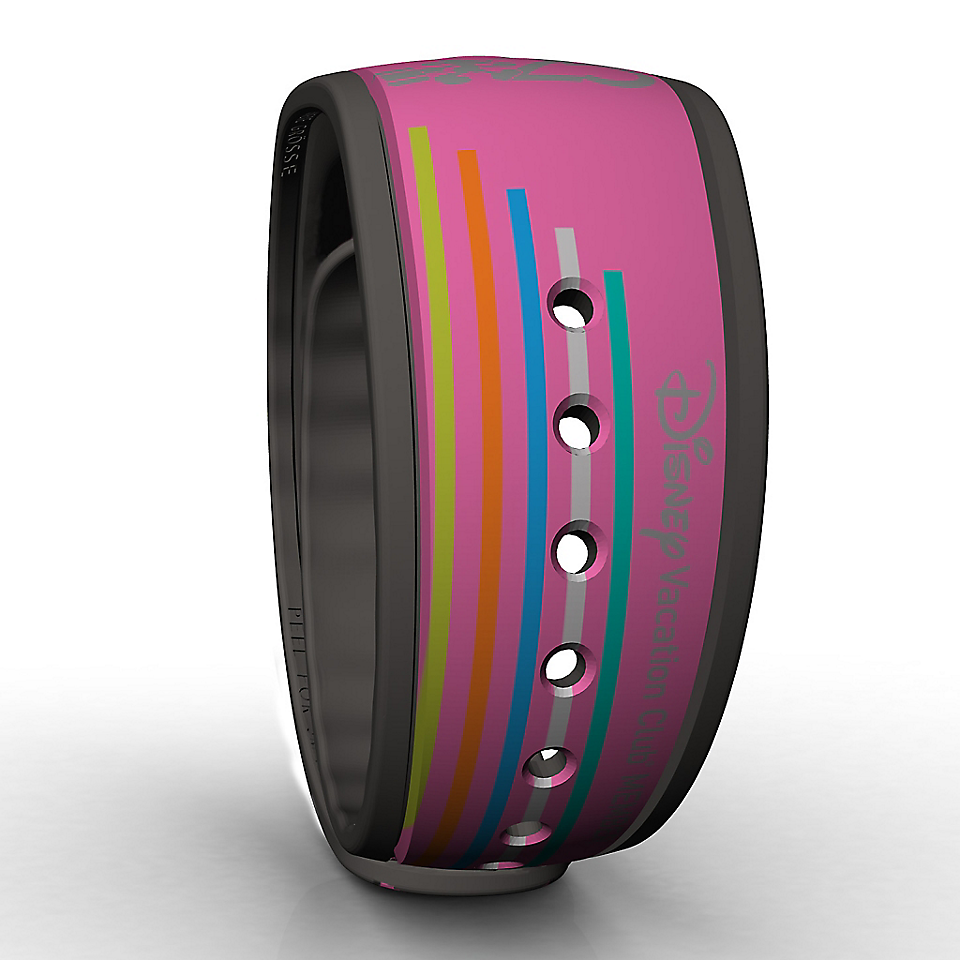 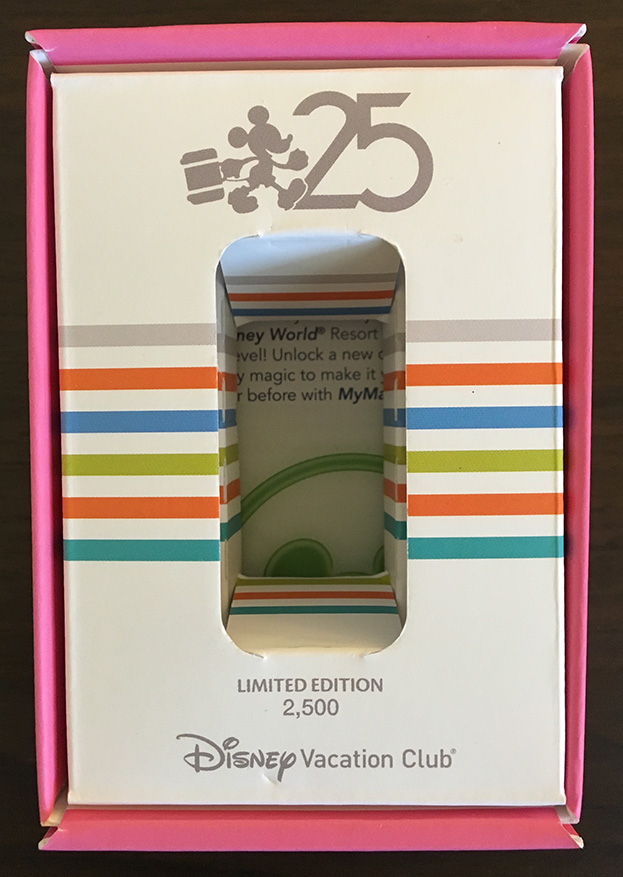 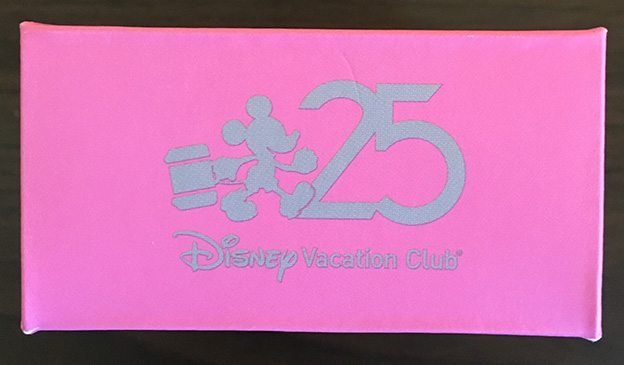 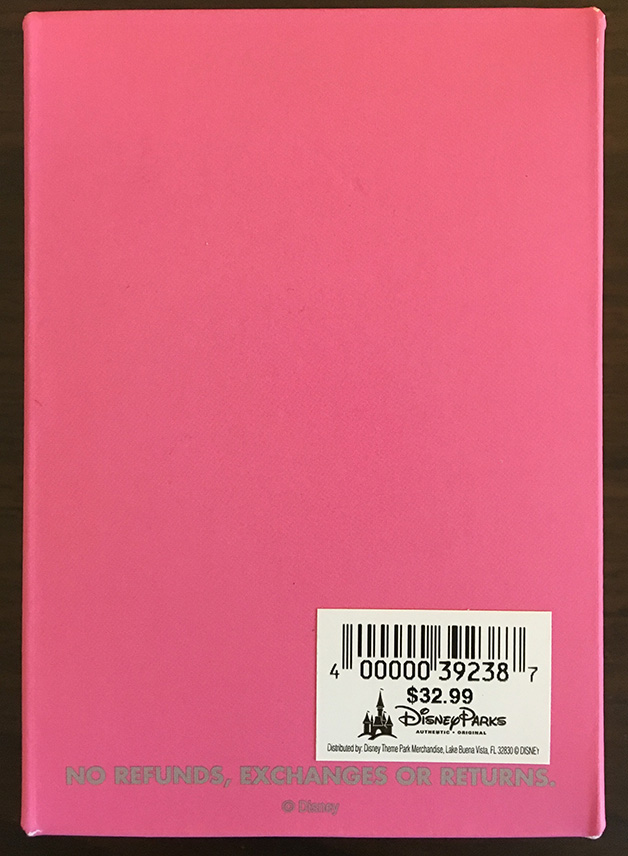 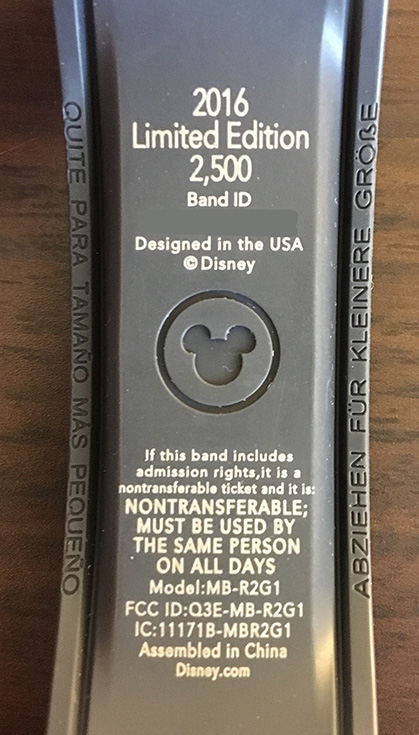